Jason Schmidt is a freelance editor with 20 years of broadcast experience. He has edited over 150 programs for 30 series on 20 networks. 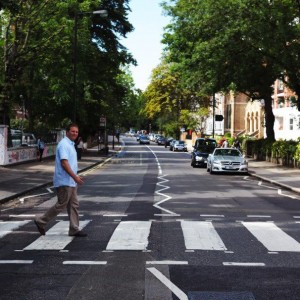 Over the years, Jason’s work has won Peabody, duPont, and Emmy Awards. His better known projects include the CBS documentary 9/11, the ESPN documentary Benji, the Showtime documentary THE SPYMASTERS: CIA in the Crosshairs, and several documentaries for HBO, including Billie Jean King: Portrait of a Pioneer and Brooklyn Dodgers: The Ghosts of Flatbush. Jason was also part of NBC’s award-winning team covering the past four Olympic Games in London, Sochi, Rio, and PyeongChang.

Jason has also edited 8 programs for the legendary PBS documentary series Frontline, and several projects for ESPN’s 30 for 30 series. He has cut scores of segments for the prestigious programs Real Sports with Bryant Gumbel (HBO) and Sunday Morning (CBS), and has edited 5 episodes of the venerable VH1 series Behind The Music, along with a dozen other shows for MTV Networks. His other clients include Showtime, Sundance Channel, the NHL, the NFL Today, Retro Report, 48 Hours, FuseTV, Animal Planet, A&E Biography, Nova, TLC, History Channel and Discovery, among others.

Jason holds a Master’s Degree from Boston University and has international experience teaching editing platforms. He served as an adjunct professor with both Brooklyn College and New York University and was an Avid Certified Instructor (ACI) for well over a decade.
He lives in Manhattan with his wife and two daughters.